Kira Queen
Categories:
Big Ass,Average Body,Euro,Black Hair,Bald Pussy,Innie Pussy,Big Naturals,Natural Tits,35 Plus,Average Male Body ,European,Brown Hair,Short Hair,Big Dick,One-on-One,Sex,Creampie,Pussy Creampie,Water,Wet,Blowjob,Pussy Licking,Indoors,Big Tits Worship,Doggystyle - Lying,Missionary,Side Fuck,Oil,Halloween
Description:
It's time for an especially spooky scene when top masseur, Ricky Rascal, gets inspired by a popular new film and paints his face like a clown for his session with busty babe, Kira Queen. Ricky covers Kira's eyes and leads her to the table, then pours oil into his hands and rubs Kira's neck and shoulders. Sliding his hands down the front of Kira's body, Ricky slowly encircles the curves of Kira's big boobs, then lies her down. Stripping himself naked, Ricky introduces some mood lighting, then works his way between her thighs so he can eat her pussy. Once Kira is wet, Ricky sticks his hard cock inside of her, then fucks her pussy as she moans in delight. Ricky pounds Kira's pussy, then she sucks his cock, then he goes back to fucking her doggystyle on the table until he creampies her!
Release Date:
October 30, 2019
mrs
Massage Rooms
Scene 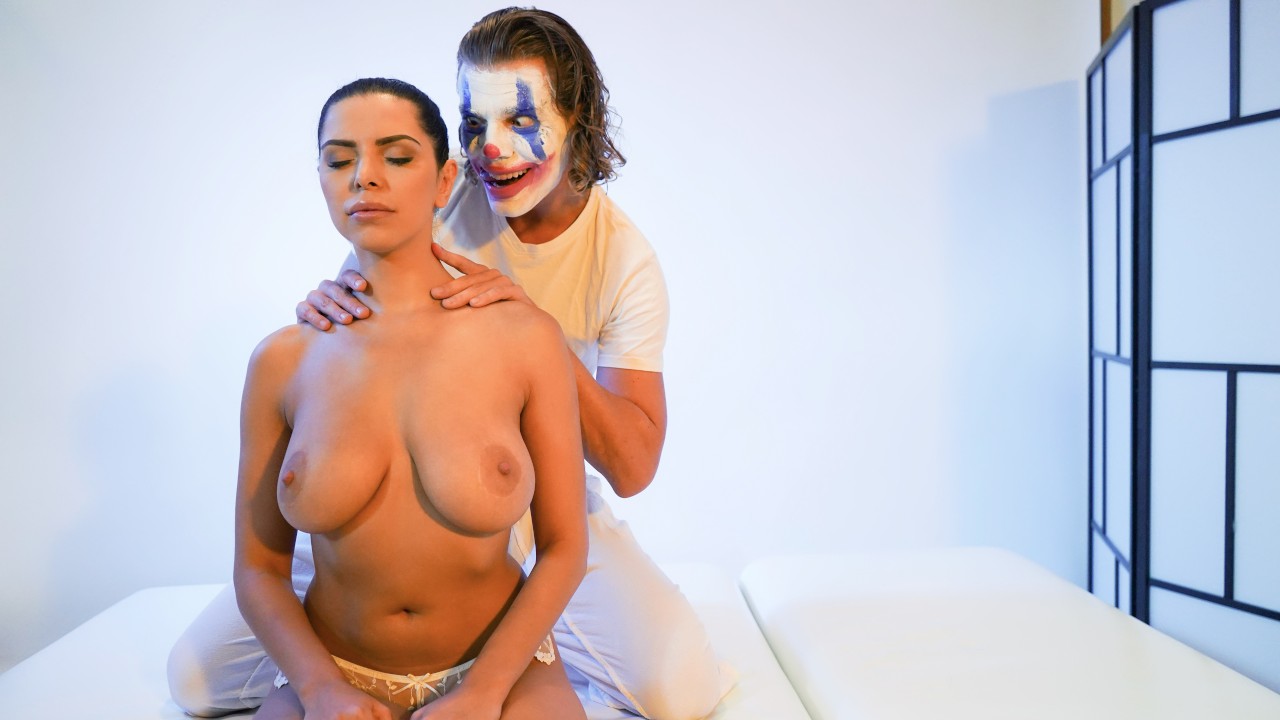